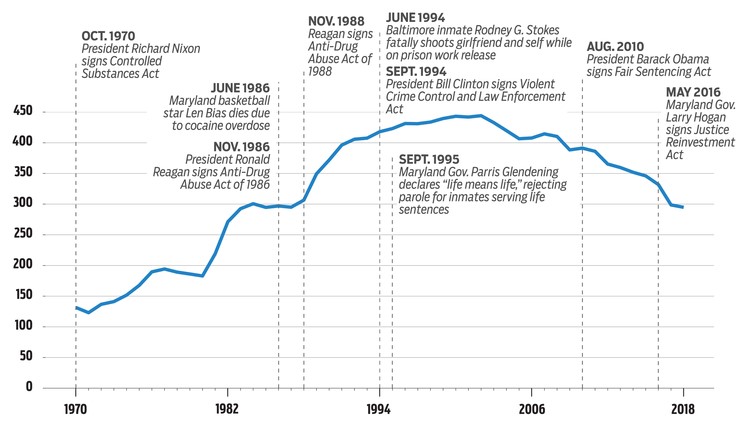 Next Article
The Wire's Michael K. Williams comes back to Baltimore to talk about juvenile justice

According to a new report by the Vera Institute of Justice, incarceration rates in Maryland have dropped to their lowest levels since the mid-1980s when the War on Drugs led to a dramatic increase in the prison population.

The primary goal of OSI-Baltimore’s Criminal and Juvenile Justice Program is to reduce incarceration and the Sun story on the report cites several OSI-supported initiatives as the drivers of the decline, including the 2016 Justice Reinvestment Act (JRA). The JRA, which was informed by OSI grantees and other advocates, re-calibrated Maryland’s criminal justice system to prioritize drug treatment over prison, improve parole practices to better support release and reintegration, and do away with racially unjust mandatory minimum sentences for nonviolent drug offenses.

The article also mentions the Unger case, which raises the benefits of releasing ageing prisoners, the issue of the governor’s role in parole for people serving life sentences, and reducing arrests in the city.