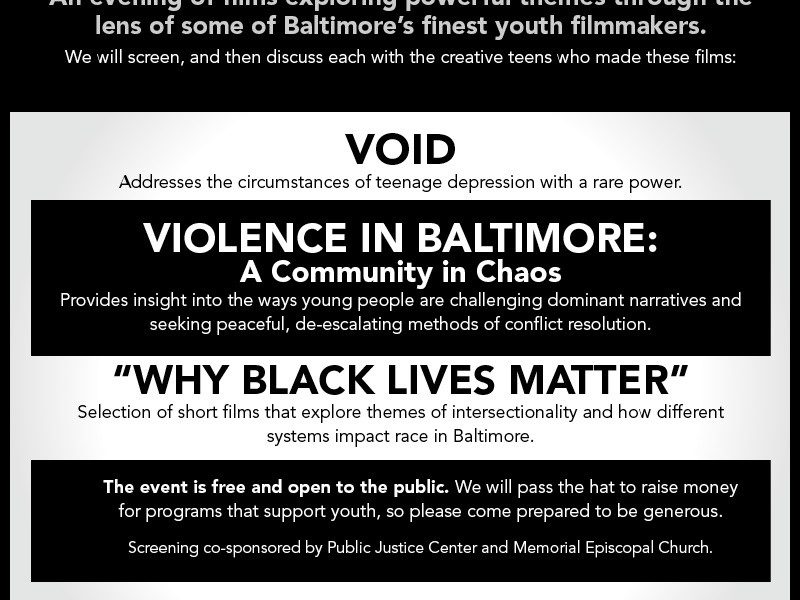 On May 9, OSI grantee, Public Justice Center, will co-host “Movies that Matter,” an evening of films by young filmmakers from Wide Angle Youth Media, an organization founded by 2001 OSI Community Fellow, Gin Ferrara, and also a current OSI grantee. The three films, Void; Violence in Baltimore: A Community in Chaos; and Why Black Lives Matter, explore the themes such as teenage depression, conflict resolution, and race in Baltimore. The event will include discussions with the filmmakers.

The event, co-sponsored by Memorial Episcopal Church, is free and open to the public. More information here.