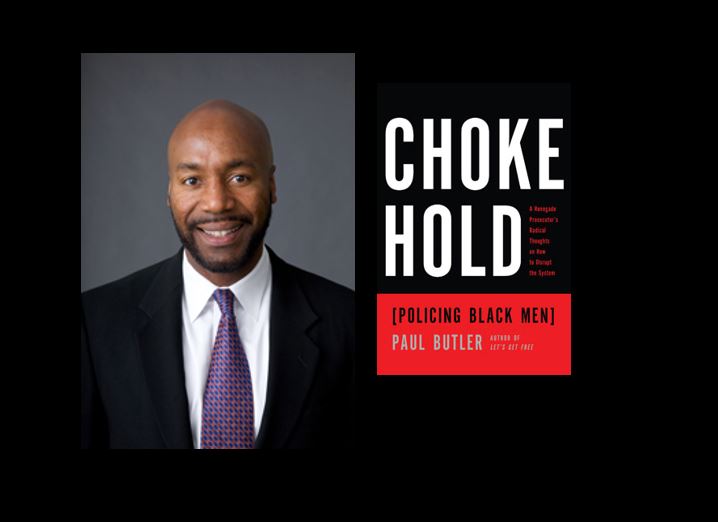 On October 3, 2017, as part of OSI-Baltimore’s Talking About Race series, OSI Criminal and Juvenile Justice Director Tara Huffman hosts a conversation with Georgetown Law Professor and former federal prosecutor Paul Butler, author of the new book, “Chokehold: Policing Black Men.” The New York Times describes “Chokehold” as “the most readable and provocative account of the consequences of the war on drugs since Michelle Alexander’s ‘The New Jim Crow.’” Butler suggests that the criminal justice system, in targeting black men, is not malfunctioning but performing exactly as designed. “Cops routinely hurt and humiliate black people because that is what they are paid to do,” he writes. “The police, as policy, treat African-Americans with contempt.” Ultimately, changing the status quo requires not just “reform” of the current system, he claims, but a wholesale reinvention. (Read The Guardian’s four-part series about “Chokehold” here.)